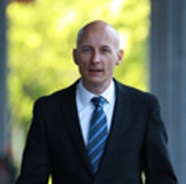 Peter Rasmussen is the founder and chairman of Asia Base, a law and strategy consultancy which has helped establish over 300 international companies from startups to multinational corporations in China since 1994. He specializes in providing strategic advice to top level decision makers regarding China market entry and marketing strategies, focusing on how to handle emerging competition from fast-growing Chinese competitors.

Based in Suzhou, he has founded six companies of his own in law, agriculture, industrial manufacturing, business incubation services, and seed capital. Over the years he has been awarded industrial, social and royal recognition for business leadership, entrepreneurship, contributions to cross-border commerce and investment and one of these is the “Businessman of the Year” award by the Danish Chamber of Commerce in 2013 and HRH Prince Consort Henrik’s medal of honor in 2014 for his contributions to development of Danish export and business in China.

He is an incarnated life-time entrepreneur who began his entrepreneur journey at just six years old and has become a highly sought-after consultant, investor and mentor.

He holds a BSc in Electrical Engineering from the University of South Denmark, and an MBA (taken in Mandarin Chinese) from National Taiwan University. Peter began his business career in China in 1988, serving as sales and marketing manager for a large multinational corporation. From 1990 to 1994 Peter facilitated and managed the establishment of two multinational corporations in China.

Upon receiving his Masters Degree in Business Administration from National Taiwan University (in Chinese) Peter went on to establish Asia Base in 1994. He has since advised several hundred foreign companies on China market entry and strategy.

The VIP Network of Global From Asia

Grow Your International Network, Because It Isn't About What You Know - But Who You Know!

Learn More About the VIP Network