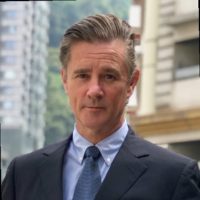 Hugh Bell is a trailblazer entrepreneur. He is a Co-Founder of Coco Color Company Limited which the world’s 1st & original remote coloring stylus for smartphones and tablets. It has 768 color, style & size combinations all in one device. He invented & patented the Coco Color Stylus as well as created electronic & mechanical design concepts. He also did a prototype of different technology iterations and manufacturing as well as marketing and sales.

Aside from that, he is also the founding partner for GBX Capital. He originated and facilitated potential renewable energy investment opportunities in Sichuan, China for foreign inbound PE funds. He was also the one who created design concepts, developed electronic and mechanical prototypes for an award winning Laser LED lamp for Nebula Plus Hong Kong Limited to which he was also a Founder. Among his honors and awards received are the Scholastic Teacher’s Picks Best of 2017 and United Nations Peace Keeping Forces – Nobel Peace Prize 1988.

Hugh finds balance in his life being a skilled inventor and entrepreneur while spending time with his family.