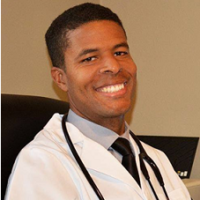 Dante Lee is the founder and CEO of Dante Lee International, an online marketing and PR firm with offices in Columbus, Ohio, USA and Metro Manila, Philippines.

In the U.S., his company is mostly known for its BlackPR.com web site, which offers the largest and most extensive press release distribution service to all the African-American newspapers, magazines, TV and radio stations – more than 850 outlets.

In the Philippines, his company is known for its ThePhilippines.com web site, which is the country’s most popular online travel guide and blog for both domestic and foreign tourists.

Since the year 2000, Lee has been known and well-respected as an online marketing guru, an award-winning business coach, and the best-selling author of 26 books. He has been recognized by MSNBC, CNN, and scores of newspapers and magazines including Ebony and Black Enterprise. He was also a featured guest on the Tavis Smiley Show and on The Mo’Nique Show.

Lee was born and raised in the Washington, DC area and earned a Bachelors degree in computer science at Bowie State University. He speaks three languages fluently – English, Spanish and Tagalog.