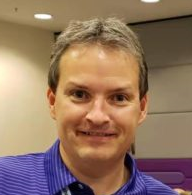 Brandon Dupsky is an eCommerce pioneer with over 21 years of hard-earned experience. He built one of ebay’s largest sellers and has been featured on The Entrepreneur TV Channel UK for over a year. Brandon also won Alibaba’s eBusiness Man of the Year award in 2008. He is known on TV as the guy who tried selling crazy things like multi-million dollar spy communication systems and the largest meteorite from Mars. He’s more famously known within the inner-circles of eCommerce as the guy with some of the craziest eCommerce war stories at eBay Live and PeSA conferences who simply loves helping other eCommerce sellers grow their business and support their families.

His experience and battle scars cross the entire eCommerce spectrum from building the largest company on eBay back in the day having millions of moving parts, a home grown software system rivaling anything that was available during that time…to building one of the largest/smallest eCommerce operations called OnFair as a 1 man business many entrepreneurs fantasize about having today.

Brandon travels to China often and has deep knowledge and experience working with Chinese factories and online sellers.

The VIP Network of Global From Asia

Grow Your International Network, Because It Isn't About What You Know - But Who You Know!

Learn More About the VIP Network